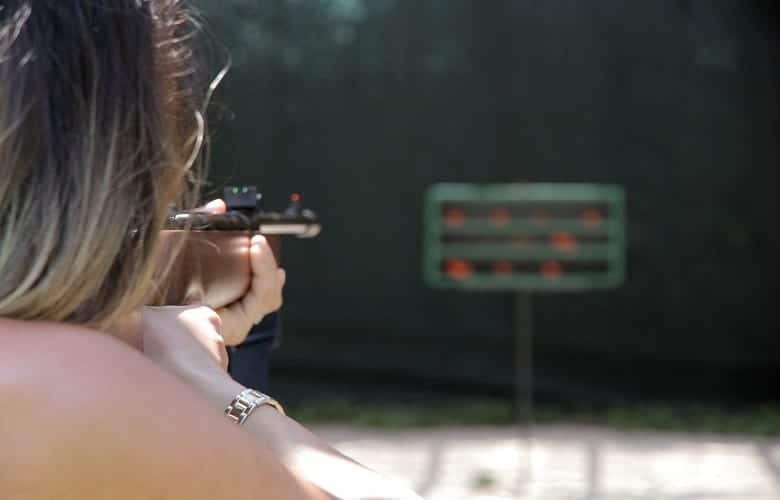 The quietest air rifle will make your hunting experience successful by allowing you to approach the target stealthily.

A quiet rifle is also your perfect companion for backyard hunting.

You will be able to hunt down vermin such as raccoons, squirrels, and other pesky rodents getting dubbed as the annoying neighbor.

However, before you make your final buying decision, it’s important to let you know that quiet rifles aren’t 100%.

They are, however, quieter compared to traditional air rifles on the market.

What is the Quietest Air Rifle?

Gamo Silent Cat is considered the quietest air rifle on the market.

With Gamo Silent Cat, you get more than one benefit.

It will allow you to hunt quietly and help prevent the possibility of suffering induced hearing loss and other detrimental health effects associated with loud rifles. (Source)

The rifle is fitted with a sound dampening system which makes it 25% quieter than similar counterparts.

The noise muffling system will allow you to hunt vermin effectively without causing yard noise to your neighbors.

It’s important to note that this unit’s noise muffler is mounted to the barrel and doesn’t affect the rifle’s efficiency and performance.

With 0.177 lead pellets, this rifle fires at 1000fps, but you can increase the fps to around 1200 if you shift to PBA ammunition on the brighter side.

Additionally, it comes with 4×32 scope & mounts, allowing you to zoom in far targets for easier takedowns.

Top 5 Most Quiet Air Rifles for Neighborhood Use

While I would consider Gamo Silent Cat above as the most quiet air rifle for neighborhood use, there are other quieter options you can choose from. They include:

Like the Silent Cat above, it’s equipped with a Gamo noise muffling technology which makes it quieter than its competitors.

The sound reduction technology forces the pellet to travel through two distinct chambers that compress and prevents sound expansion.

Two screws allow you to switch between the two stages allowing you to tailor the trigger according to your style.

The unit also features recoil-reducing rails and a shockwave absorber recoil pad that helps reduce the shock waves produced by the recoil.

The Benjamin Marauder is available in 0.22 cal style, offering speeds of up to 1000fps for great target shooting, game hunting, spinners, plinking, and pest control.

Like the Gamo Swarm Fusion above, this air rifle features a two-stage trigger system with a lever safety mechanism.

This gun also lets you hunt stealthily, either for small games or vermin in your backyard. You’re able to take down one rodent at a time without scaring away the others.

As the name suggests, the Gamo Whisper is a quiet air rifle available in both 0.22 and .177 caliber options.

This unit comes with a 3-9×40 scoping technology with a Recoil Reducing Rail (RRR), which helps reduce recoil while at the same time increasing the lifespan of the rifle scope.

It also features a Custom Action Trigger (CAT) that allows you to independently adjust the trigger’s first and second stages according to your personal preferences.

The .22 cal PBA platinum can achieve up to 975fps with a single cocking break barrel.

It’s equipped with a 10X quick-shot technology that uses a 10-round rotary magazine that facilitates faster loading.

It’s equipped with sound muffling technology that makes the rifle quiet, keeping noise to the minimum.

Like most air rifles in this guide, this air rifle is also fitted with a Recoil Reducing Rail that helps reduce recoil and maximize the lifespan of the scope.

The unit comes with a 3-9×40 scope and a shock wave absorber recoil pad.

This is the perfect pick for anyone wishing to perform target practice at home.

This unit’s muffling technology can be highly attributed to a state of the art silence designer known as Humbert CTTS.

The muffling system works by forcing the air inside out through four decompression holes situated at the ring before the pellet enters the baffle.

This allows for sound muffling while at the same time allowing for the bullet to be discharged at very high speeds.

According to independent tests, the suppressor technology in the Stoeger is 7.05 times quieter than the competitors.

The best part is that the rifle is available in both the .177 and .22 versions and is sold with a 4x32mm compact scope.

If you’re new in the hunting world and want something to help you practice hunting in the backyard before you can venture into the wilderness for a bigger game, then Hatsan AT44 is the perfect pick for you.

It can kill small game such as rabbits, sparrows, and even prairie dogs.

Like all the rifles in this guide, the Hatsan is lightweight and also compact.

It’s also equipped with a Quattro 2-stage adjustable trigger allowing you to adjust the trigger to a position of your preferences.

The Umarex is a quite powerful air rifle delivering a powerful shot into its target.

One full tank of compressed delivers 4 regulated shots plus a finishing shot.

Unlike most air rifles on the market today, this unit is highly ultra-lightweight equipped with a 24 cubic inch carbon fiber air tank.

It delivers a powerful and yet quiet shot. It includes two safeties- a trigger block safety and a magazine lockout such that the gun won’t fire without the magazine.

The rifle uses .50 caliber pellets and delivers shots of up to 1130fps.

How Is a Quietest Air Rifle Achieved?

Like I’ve mentioned above, sound muffling technology equipped in the air guns discussed in this guide makes them quieter.

The gases exiting the muzzle when a gun is fired the main reason why air rifles are loud.

Luckily most air guns you find on the market are fitted with a shrouded barrel that allows them to fire quietly.

Some use patented sound deadening technology that reduces noise by up to 25% compared to competitors on the market.

With a noise suppressed pellet gun, the only sound you hear is the pellet hitting the target and the slammer spring.

This buyer guide will help you pick the quietest air rifle that meets your specific requirements.

While noise is the main factor to consider in this case, other important factors shouldn’t be left out.

The Air Rifle Intended Use

Before investing your money in an air rifle, it’s important to always know what you intend to use it for.

And since no law in any state in the USA allows large game hunting with air guns, air guns have limited target practice and small game hunting.

Luckily, all the weapons discussed in this guide are intended for vermin and small game hunting and capable of delivering lethal shots for an instant kill.

If you are doing target practicing, you won’t need a powerful rifle like when intending to hunt small game.

Hatsan and Benjamin options discussed above are versatile options as they can handle 3 caliber option.

It’s obvious the main factor, in this case, is Noise levels.

Noise levels are quite important, especially if you intend to target practice in the backyard or hunt vermin in your compound in quiet neighborhoods.

The quietest air rifle, in this case, is the Gamo Silent Cat and Umarex.

However, this doesn’t mean that other guns in this review aren’t quiet- they are quiet options as well.

You will be able to take down vermin/rodents one at a time without scaring the others away.

All the air rifles in this guide have a 2-stage adjustable trigger which is more than enough, especially for beginners.

There are two safety options when it comes to air rifles.

We have automatic and manual options.

The manual safety option is the most common and does require manual locking as well as unlocking.

Then there is the automatic safety which locks the trigger after cocking.

This is best, especially for beginners, but most folks find it too tiring because you have to release safety every time to fire.

The air rifle caliber will determine the size and type of pellet it can shoot.

We have the .177 caliber, which fires the fastest (fps) than other caliber options.

In simple terms, the smaller the caliber,  the faster the bullet.

Unfortunately, .177 are lightweight and can significantly affect accuracy- though they are often used in competitive target shooting.

On the other hand, .20 caliber gives the perfect balance between recreational shooting and vermin control.

There are different power options to choose from spring-piston, pre-charged pneumatic, gas-piston, and gas ram.

Some air rifles use CO2.

Spring-piston and gas-piston have to be cocked before firing, with the difference being the former require new air with each cock while the latter has air sealed inside.

However, if you need something simple to use, I’d highly recommend pre-charged pneumatic as they have more ammo clips and allow more shots in one load.

It’s important to note that there are different factors to consider before making the final decision. 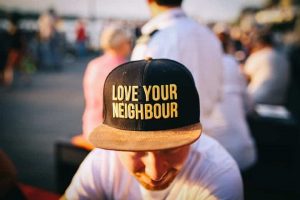 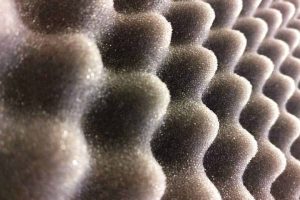 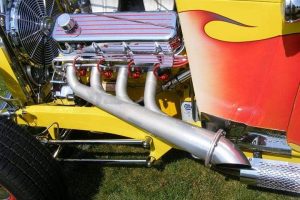 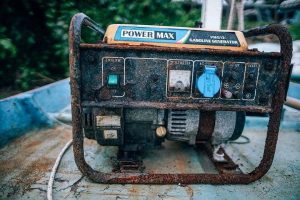 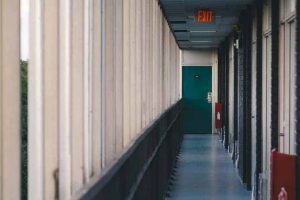 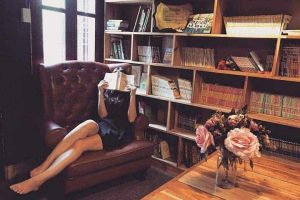 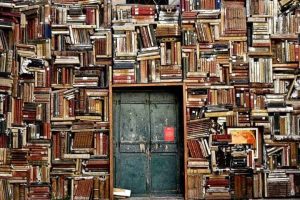 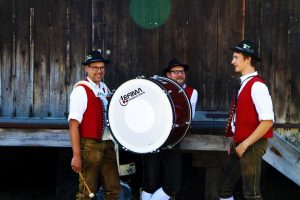 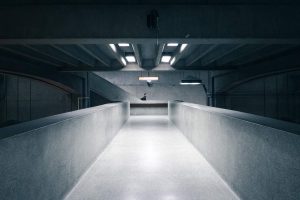 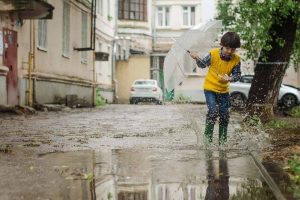 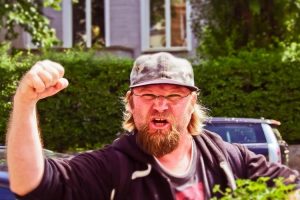 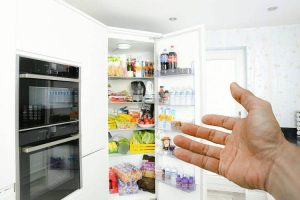