In this guide, I’m going to show you different methods on how you can annoy your upstairs neighbors legally and illegally.

If you live in an apartment, a noisy upstairs neighbor can be your greatest nightmare.

With all the stomping and footfalls, such noises won’t allow you to enjoy the quietness you deserve after a busy day at work.

Unfortunately, moving to another apartment won’t help, as your next neighbor could be worse than the first.

So, the only option left for you is to deal with them, either legally or illegally.

A-List of Ways on How to Annoy Upstairs Neighbors

There are several methods on how to annoy upstairs neighbors. These hacks are classified into two categories- legal and illegal hacks.

Well, I’ve seen people recommend illegal ones such as breaking your neighbor’s legs, kidnapping or doing other malicious acts.

I wouldn’t dare you to try such acts.

Instead, I’d recommend you to try proven and yet legal ways to help solve the noise problem from your upstairs neighbor.

Below is a detailed guide on how to annoy upstairs neighbor legally. 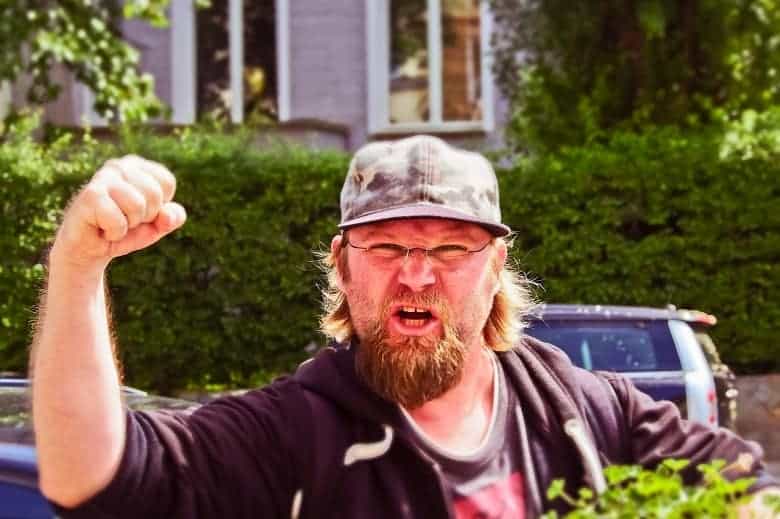 How to Annoy Upstairs Neighbors Legally

Below are some of the best methods on how to annoy upstairs neighbors legally that won’t get you at the wrong side of the law.

This is a device that will allow you to get even with your neighbor by exerting revenge evenly.

You simply attach the motor to your ceiling and then support the motor with a metal handlebar that comes with it.

Upon switching on, the motor will vibrate hard such that the vibrations will be transferred to the room above.

This gadget consists of a motorhead, extendable rod to attach the motor to the ceiling, WI-FI remote and a cable.

For instance, you could knock at their door during bedtime or early in the morning.

Alternatively, you could knock early morning during the weekends when they’re all at home.

However, I’d advise you to make the knock as genuine as possible.

You could borrow anything.

Make no mistake of allowing them to discover that you’re just pranking them.

3. Racquet Ball Against the Ceiling

Another great method would be to play racquetball against your ceiling.

Grab a racket and a tennis ball and unleash the Serena Williams in you and spend several minutes to hours during odd times- either late in the evening or early in the morning.

Ensure that you perform this activity when your neighbor is at home and do it consistently and persistently.

And if your neighbor comes down requesting you to stop, you could tell them that your practicing for an event- or tell them about their noise problem.

Above are some of the best ways to deal with neighbors stomping noise from floor above.